Both franchisees and franchisors alike will be alarmed and disappointed at the Government’s Franchising Task Force’s initial approach. Rather than moving to “to examine the feasibility and implementation of a number of the committee’s recommendations” made after a lengthy and extensive Senate Inquiry into the franchising system, the Task Force has flagged that it seeks to recommend large fines and a new tax on all franchisors, and to do it through private consultations.

When the Franchising Code of Conduct was implemented over 20 years ago in 1998 it provided a model of dispute resolution practice. Sadly, it has failed to be updated to provide additional protections for franchisees with the introduction of additional dispute resolution procedures like arbitration, common in modern commercial law practice and introduced into the Food and Grocery Code of Conduct in 2015.

Based on the evidence before it, the Committee’s view about the need for a mandatory arbitration process to supplement the Code was clearly expressed:

“15.67 In terms of how the dispute resolution scheme for franchising could be enhanced, the overwhelming bulk of the evidence from a range of stakeholders strongly argued the Franchising Code be amended to include provision for binding arbitration. In this regard, the committee notes that more modern dispute resolution schemes under the Food and Grocery Code of Conduct and the AFCA both provide for binding arbitration.”

“15.73 The committee recommends that the dispute resolution scheme under the Franchising Code of Conduct remain mandatory and be enhanced to include: the option of binding arbitration with the capacity to award remedies, compensation, interest and costs, if mediation is unsuccessful (does not exclude court action);”

It will be disappointing to all franchisees that after the extensive evidence, submissions, discussion and clear support from the Office of the Franchising Mediation Adviser, Australian Small Business and Family Enterprise Ombudsman and the ACCC for mandatory arbitration to be included in the Code, that this recommendation is now to be the subject of a further inquiry by the Task Force. In a signal it is moving to dump the extensive findings of the Committee on the need for a determinative arbitration process to supplement mediation as a way of assisting franchisees, it has asked for submissions on the question: “Is there is a role for mandatory arbitration when mediation does not resolve a dispute?”

Alarmingly, the Task Force has flagged that contrary to normal practice, it will “not publish responses to the Issues Paper”. Therefore submissions to the Task Force will be in private as will its deliberations.

Franchisors have nothing to cheer about either, as they are now to be subject to a “levy”, a new tax to fund dispute resolution services, which will likely be passed, through the franchise system, onto all users.

This proposal for an industry wide levy to fund a new dispute resolution body is curious, because although the Committee recommended it, there is no information regarding a levy that was presented, considered or even discussed in the Committee’s report. The recommendation for an industry levy is not supported by any evidence, or any mention of the need, facility, practicality or desirability of such a scheme. The only place that the word ‘levy’ is used in the entire 369 pages of the Committee’s report is in the recommendation itself. Such a levy is not required, not justified, nor is it equitable.

It would be better if the actions of the Task Force were “evidence based” rather than merely an expression of government policy. The statistics that I provided to the Committee as the independent Mediation Adviser indicated that there is no need for all franchisors to be taxed to fund the existing dispute resolution services.

It would be unfair to impose a general levy on the over 80% of franchisors who had no disputes, to pay for the misdeeds of the 1.5% of franchisors which generate half of the franchising disputes dealt with by the OFMA. For the 16.5% of franchisors who are responsible for the other half of the disputes, simply requiring them to pay the entire mediation fee would transfer the cost of the dispute resolution process onto the party best able to bear it. Given that those franchisors generated an average of 1.5 mediations per year, if they were required to pay the franchisee’s costs of the mediation as well as their own, then based on the average cost of mediation reported to the Committee, this would be an additional $2,388 annual impost on those franchisors.

Rather than fixing up the dispute resolution procedures so that there can be a fair redress for breaches of the Code, the government is aiming squarely at a post Banking inquiry popularist approach to introduce large fines for franchisors. The resolution approach, as opposed to the regulation approach which clearly failed banking consumers, is to give franchisees the ability to seek redress to the breaches by franchisors of their agreement and the Code, cheaply and swiftly through binding arbitration. 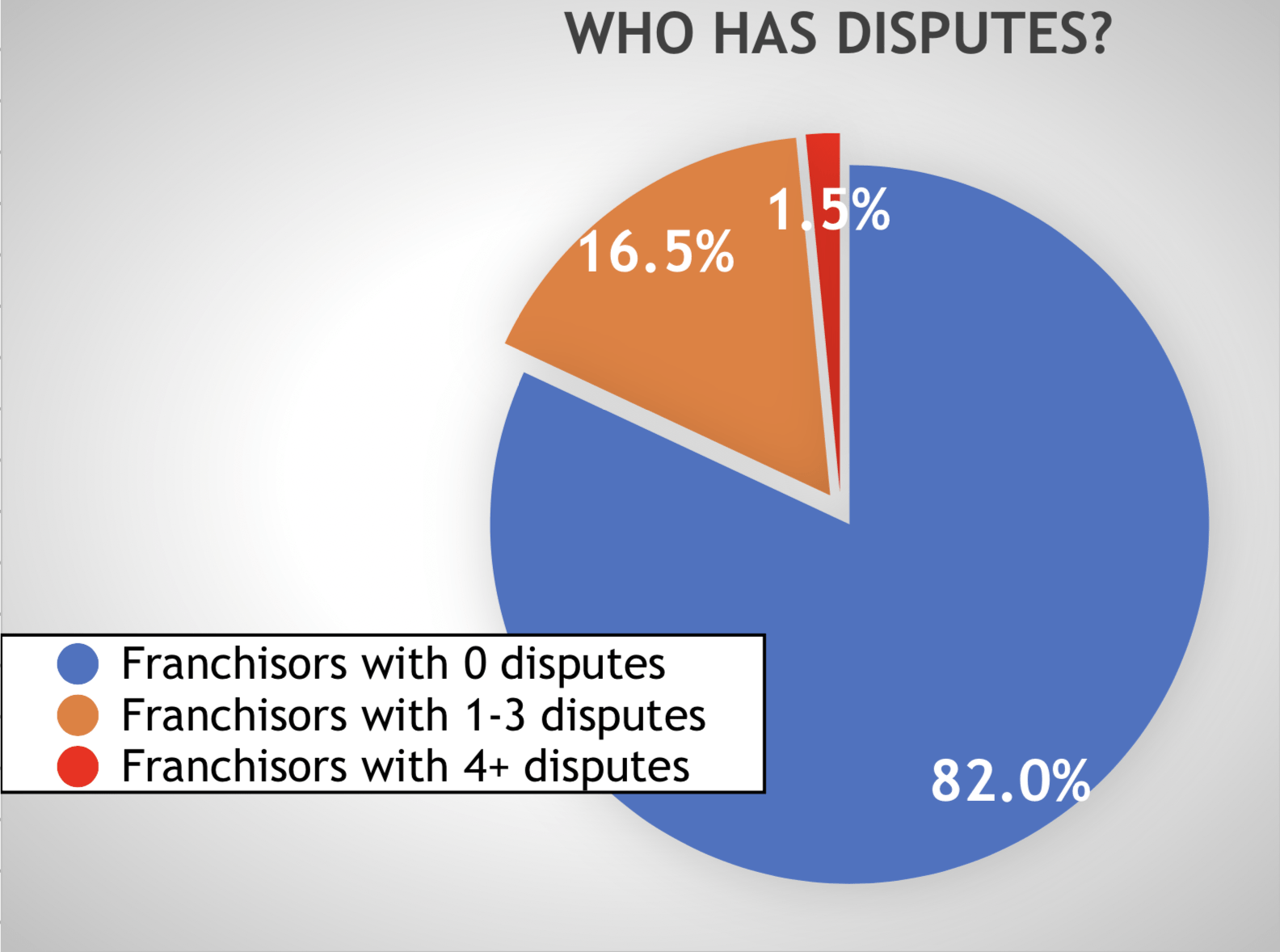 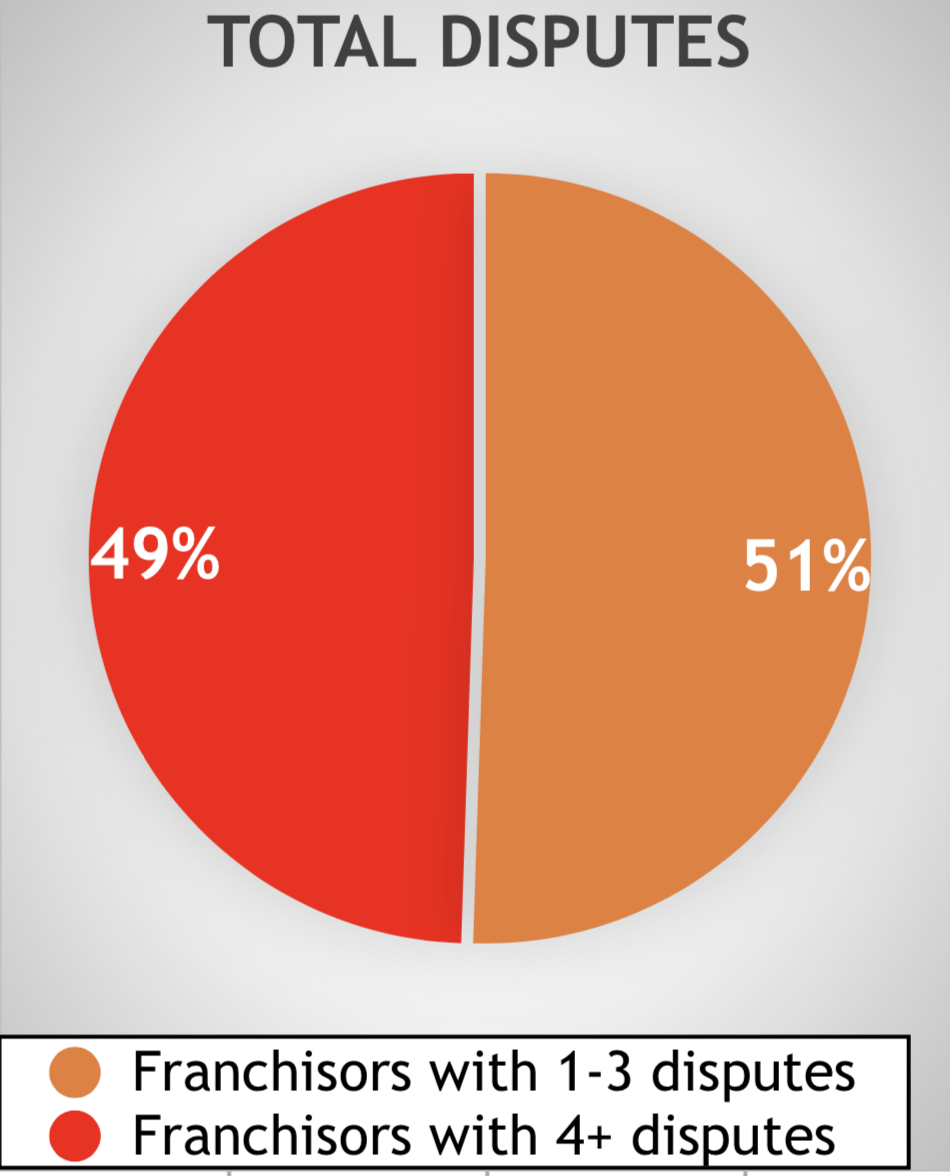